Back to all posts

About "The Council of Trent"

Todd Duane releases a new single entitled “The Council of Trent”. He says about the release; “When I was looking for inspiration for something to sing over my already instrumenalized song chorus, I glanced at my bookshelf and spotted the “Catechism of the Council of Trent”.  Immediately the chorus melody was born, and from there the song was built around that chorus. I considered changing the name of the song at a later point but reconsidered when I noticed how well it fit with the message of the song. That message deals with the Protestant Reformation and my conversion from Lutheranism to Catholicism. The Council of Trent was the Catholic response to Luthers heretical errors and ultimate break up of the Church.

Musically I decided that this song called for a more 80s 90s blues rock approach to the verse and pre-chorus.  This as opposed to the heavy minor exotic modes in songs I have been recently recording. This gives a powerful edge to the chorus and provides a stronger impact to the listener as well.

Release date is scheduled for Dec 31st. However Spotify, Apple Music etc. won't have the song for a week or so. 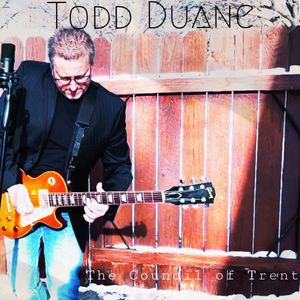